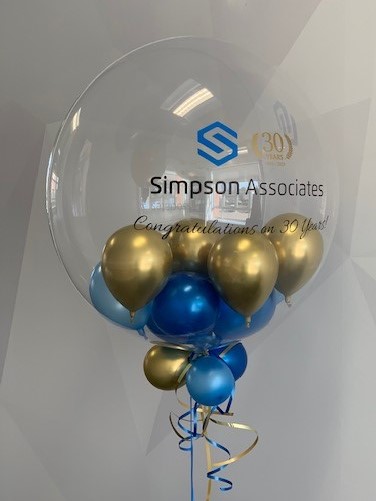 It’s a special year for myself and the team at Simpson Associates as we celebrate our 30th birthday. We’ve come a long way and so much has happened within the past 30 years, including huge advancements in technology and people’s opinions around it.  So, I thought it fitting to share the journey – belt up, it’s an interesting one!

Simpson Associates were founded in 1991 as an AS/400 consultancy – the age of the old green screen. While today it seems like a relic of the past, the green screen was, at one point, seen as the future. But it wasn’t long before we were introduced to the world of data, business intelligence and multi-dimensional analysis.

As our company grew, so did the technology and the understanding of data around us. After all, 1991 was only two years after the creation of the world wide web, and just over half a percent of the world population was online. The internet had only recently begun its own journey, paralleled with both the journey of data, and our own journey.

Where did data begin?

So where did data begin? Well, if we’re being pedantic, data has existed for as long as humans have been collating information – we just haven’t necessarily called it data. However, the term Big Data was coined around the early 1990s, around the time Simpson Associates was founded.

Database management and data warehousing began the first stage of data influencing, which used data queries, analytical processing and reporting tools, and provided the foundation for our understanding of data today. With the development of the internet and world wide web, data began to be more unstructured, with the rise of social media analytics allowing for a greater amount of data. In the mobile-based world we live in now, it is impossible to avoid data. Mobiles and smart devices can track things like location and movement, alongside clicks and search queries.

To put the amount of data into perspective, in 2013 there was 9 zettabytes of data in the world. By 2020, this has increased to 59 zettabytes – or 59 trillion gigabytes.  This is estimated to increase steeply to 149 zettabytes by 2024.

The evolution of data

As data evolved, so did people’s opinions surrounding it. In the early 90s, data was rarely spoken of publicly, and often only those at the top of an organisation had access to it. Nowadays, it is talked about much more openly, and used as a tool to gain insight and allow transformation in terms of business models, products and the overall customer experience. Where data was once private and whispered about behind a hand, it is now public and shared amongst organisations to harness potential.

But where was Simpson Associates during this progression, you may ask? We were at the heart of it. Throughout the 90s and into the 00s, we focused our attention on the delivery of Business Intelligence services, helping many companies unlock the data that was stored in their ERP systems such as  Movex, JD Edwards and Infor systems to gain insight into their business with a variety of BI solutions typically based on the Cognos toolset and then IBM after the acquisition of Cognos by IBM

As we grew as a business, we expanded our solution offerings, providing budgeting and forecasting solutions.  As the Microsoft BI technologies matured, we became a Microsoft Gold partner and delivered more and more of our solutions on this technology.

If you have any questions about Simpson Associates or any of the technology mentioned in this article, please feel free to speak to us using our live chat, where one of our experts will be happy to speak with you in more detail.

Don’t forget to join us on Linkedin